Co-funded by the European Commission and in cooperation with DPO-PRO and the APD/GBA, dpo pro invites you to a Dutch speaking webinar on 2022, June 16 @ 4:00 PM.

« There is nothing so stable as change (Bob Dylan) –

Peter Van den Eynde is since the end of 2006 legal advisor at the Data Protection Authority (GBA), the former Privacy Commission. There he first worked in the external relations department. In that capacity, he was also closely involved in the further framing of the Camera Act from its inception in 2007. The latter not only involves answering questions from a variety of stakeholders (individuals, companies, authorities and police services), but also providing a specific privacy theme around camera surveillance on the website of the Privacy Commission as well as presenting the various aspects of the legislation to interested parties throughout Flanders.

In January 2017, he became acting head of the external relations department which later, due to the privacy reforms in 2018, was transformed into the GBA’s First Line Service.

In April 2019, he was appointed by the House of Representatives as Inspector General of the (new) GBA Inspection service.

He started his professional career in the early 2000s as a university employee of a political group in the Federal Parliament where he mainly dealt with criminal law, ethical issues and also privacy.

Registration via DPO-PRO is not possible

The dpo connect was funded by the European’s Union’s Rights, Equity and Citizenship Programme (2014-2020).
The content of this webinar represents the views of the author only and is his/her sole responsibility. The European Commission does not accept any responsibility for use that may be made of the  information it contains. 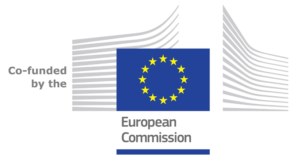